French secularism (laïcité) has been the subject of intense controversy in the last three decades.  Some see it as a sophisticated form of state racism; others argue that it is a necessary foundation for citizenship.  But most discussions of laïcité lack historical depth and give little sense of its diverse origins. Using the example of the Islamic headscarf, our guest lecturer will untangle the many meanings of laïcité, and explain more clearly how and why the French remain so attached to this very particular political tradition.

Emile Chabal is a reader in History at the University of Edinburgh.  His research has focused on France especially the transformation of French politics since the 1970s, Franco-British relations in the 20th century and the legacy of post-colonialism in France.  He is the author of A Divided Republic: nation, state and citizenship in contemporary France, (Cambridge University Press 2015) the editor of France since the 1970s: history, politics and memory in an age of uncertainty,(Bloomsbury, 2014) and  has published many articles in Contemporary European History, Geschichte und Gesellschaft and the Historical Journal. 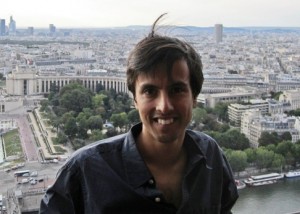 Further details can be found on his website: http://www.homepages.ed.ac.uk/echabal/

More about the Franco-Scottish Society Lectures

2018 is a “lecture year” and it is Edinburgh’s turn to host the event which will also see a change of title and sponsorship.  The lecture is now entitled “The Franco-Scottish Society Lecture”.  This year it will be financed through donations from former members of the Edinburgh Branch of the Franco-Scottish Society.  The venue is the Hilton Edinburgh Carlton Hotel, 19 Waverley Bridge EH1, the date and time Saturday 10th November 2018 at 11.00 am, with registration from 10h30 with  coffee/tea available.

We are honoured to have Dr Emile Chabal, Reader in History at the University of Edinburgh as our guest speaker.  His research has focused on France, especially the transformation of French politics since the 1970s, Franco-British relations in the 20th century and the legacy of post-colonialism in France.

The title chosen is Laïcité, religion and identity in contemporary France, a topic very much in vogue.