Activities
Locally, each Branch arranges its own annual programme which typically takes the form of monthly meetings from September to April or May. The meetings include talks, films, discussions, visits, music, wine-tastings, social or sporting events, soirées or French conversations. Most meetings are in French, some in English, some in a mixture of the two languages.

Internationally, the Society keeps in regular contact with its sister organisation in France, the Association Franco-écossaise (http://www.franco-ecossaise.asso.fr) which is based in Paris.

Have a look at our Branch pages or the Latest News section to find what events are happening near you.

Visits to and from France
These visits take place every second year and are open to members. The Scottish and the French Societies take turns in organizing the visits which last a week. 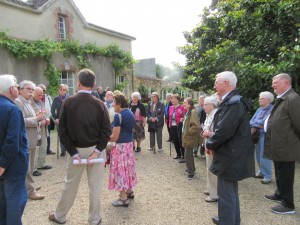 The last exchange was a visit to Poitou-Charentes from 13 – 20 June 2016 organised by the Association Franco-Ecossaise for members of the Franco-Scottish Society of Scotland. The AFE visited Scotland in 2014

The Lansdowne Fund
Began with generous gifts from the 8th Marquis of Lansdowne (1912-99), former President and Honorary President of the Society, and has been augmented with the proceeds of a recent appeal in his memory. The Fund meets the costs of the Lansdowne Prize and Lecture.

The Lansdowne Lecture
Every second year an eminent speaker is invited to talk on a theme of Franco-Scottish interest before an audience made up of members, guests and the general public. More information can be found here >>

The Lansdowne Prize
Awarded annually to the candidate who achieves the highest mark in Advanced Higher French. 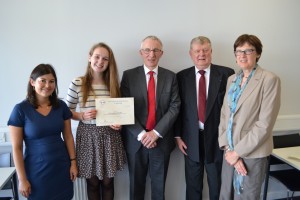 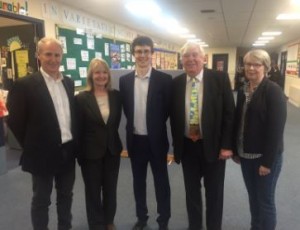 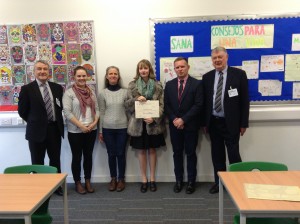 Thanks to the Alexander Gray Trust, the Franco-Scottish has a sum of money each year to support selected students at Scottish schools and universities in their study of French language or culture. This money can be awarded only to those needing assistance to travel to France or to help pay for a course etc. All students wishing to receive funding should apply to their nearest Franco-Scottish Society branch with details of their project and should be prepared to report back to the branch, in French if possible.